FIND OUT MORE
Become
a Sponsor!
Powered by Eventbrite 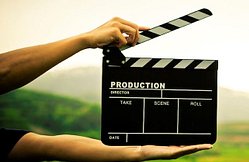 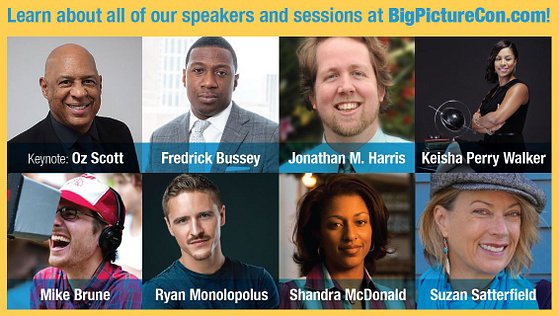 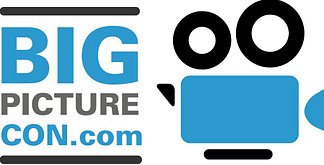 We thank our Sponsors!
Connect your brand and expand your reach by becoming
a sponsor of an upcoming  BigPictureCon
Film & Technology Conference + Short Film Festival!

In addition to our educational workshops and informative film and video production sessions, we are the producers of the BigPictureCon Film & Technology Conference.  We also collaborate with local industry organizations to provide volunteer opportunities and support industry events.  Stay tuned for the next BigPictureCon.

Fiscal Sponsorship makes acquiring funding for film projects a little easier.   For details or to apply, click below.

Joe Howell is an executive music producer and President of Stage Ten Media.  Joe has worked in the music and film industries for over 20 years, as an audio engineer, music producer, videographer, executive producer and songwriter.  While working as a recording engineer in NYC's Chung King Studios, Sony studios, The Hit Factory, and Sound on Sound, he landed a music publishing contract with Polygram/Universal Music Publishing. His work is showcased on projects including Record Label LaFace/ Arista, Record Label Bad Boy/Universal, and others.  Joe is the CFO and Director of The Big Picture Film & Video Foundation, and webmaster for the BigPictureCon.

Nancy Howard is a marketing professional and Coordinator of the BigPictureCon Film & Technology Conference. She is also an independent film and video producer with over 16 years of production experience. Nancy is a current member and former Board Member of Women in Film & Television Atlanta, and currently a member of Film Independent, the Georgia Production Partnership, and the Atlanta Film Society.

Lydia "Sue-Ellen" Chitunya is a multilingual filmmaker who hails from Zimbabwe. A graduate of Georgia State University (BA) and the UCLA producing certification program, Chitunya has produced several award-winning shorts. She is an alumnae of Berlinale Talents, Durban Talents, Kyoto Filmmakers Lab, and CaribbeanTales Incubator. Her varied work experience includes: consulting for Zimbabwe International Film Festival, producing the Big PictureCon, interning for ICM at Cannes Film Festival, programming for Slamdance, Atlanta, and Shnit International Short Film Festivals, and marketing for Disney College Program. She serves as an Editorial Assistant at Marvel Studios.  In 2016 Chitunya was awarded the Roger and Chaz Ebert Foundation Fellowship grant of $10,000, and produced her first narrative feature film – A Hard Place.

Melissa Randle is a professional freelance script supervisor and producer/associate producer.  Her diverse production experience includes a dozen TV shows, 20+ films, and hundreds of Commercial//Corporate videos & live events, with content in English, Spanish & Portuguese.  She is also an active participant in the Atlanta Film Community serving as an advisor/ past president of Women In Film & Television Atlanta, in addition to participating with several local film festivals.   As a guest speaker/ moderator she has been asked to cover a variety of topics from networking etiquette, to getting started in the film business, to teleprompting techniques for actors.  Melissa serves as an Advisory Board Member for The Big Picture Film & Video Foundation.

Ken Feinberg can call upon a three-dimensional career that embodies performing, writing and directing. His broad knowledge of the industry and his devotion to the arts, whether on film, television or stage, has been expressed in his many accomplishments. For over 25 years Feinberg has been directing, writing, producing and acting in award-winning films, hit television series and major theater projects in Los Angles, New York and Atlanta. He is writer, director and producer for the feature film, Santa’s Workshop. He is the Founder and Executive Director of Creative Studios of Atlanta, a casting resource for production companies and casting directors in metro Atlanta.

1. EDUCATIONAL WORKSHOPS
All are welcome to register for our complimentary Film & TV panels and paid educational workshops, presented in part by our community partyer, Rule the Set Academy.

2. BIGPICTURECON FILM & TECHNOLOGY CONFERENCE
The BigPictureCon is our signature event, comprising of 2 days of educational panels, workshops and master classes on various industry topics, as well as networking with industry professionals and peers.

3. FISCAL SPONSORSHIP
Our fiscal sponsorship program is open to anyone seeking a nonprofit organization to assist with applying for federal, local or corporate grants.  For details or to apply, use Find Out More link above.

3. FILMTECHCONNECT.COM ... coming soon!
We have had some amazing speakers, panelists and instructors at our conferences and special workshops over the years. In recognition of their commitment, talent and contribution to the BigPictureCon, we will be launching a new speaker portal with information about and networking capability for all of our speakers at FilmTechConnect.com.  Stay tuned for details!

Our Board of Directors

All of our speakers are carefully screened and selected for the sessions they participate in, All have excellent qualifications, completed works or works-in-progress, and come highly recommended. If you'd like to be considered as a speaker or know someone who would be a good fit for our program, please contact us.